on November 28, 2011
Creating a Personalized Deck of Cards

I'm not much of a crafty person.  I'm all thumbs when it comes to glue and glitter.  So I came up with a non-crafty project to do with my Flip Pal.  Scanning and photo editing are right up my alley so I decided to create a custom deck of cards.  I thought this would be a nice quick project but it turned out to be more work than expected.  However, in the end I think the time put in was worth it.

1. Gather together all the photos you want to use for your project 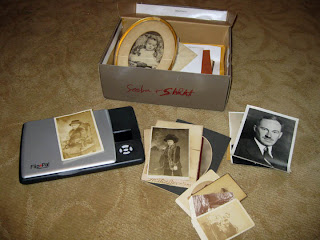 2. Scan the photos using the Flip Pal scanner and then transfer them to your computer 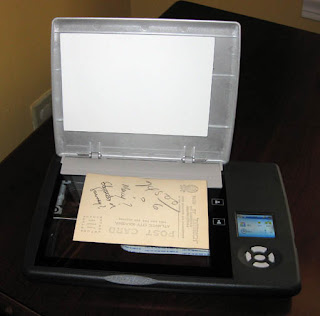 3. Scour the web for a custom playing cards vendor

I spent a lot of time searching the web to find a vendor.  I settled on Printer's Studio because they had cards for as low as US $7.99 for a single deck and because their drag and drop interface looked the easiest to use.  I saw other vendors selling decks for $20 and even $50! Printer's Studio has a bunch of different deck options but I chose the basic Image & Text Standard Index. 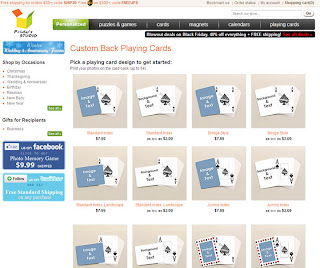 4. Choose how many photos you want to use

You can customize the deck with 54 unique photos or you can choose 13 images (the same image for each number) or 4 images (the same for each suit) or just one image for all the cards.  It seemed to me that 54 cards turns it into a bit of a memory game where card counters have the advantage.  I thought 13 would be better but they don't offer the option to randomize the photos so all the Aces, regardless of suit, have the same photo.  Therefore making it even easier for the cards sharks.  Oh, well, it's all to preserve family history, right?! 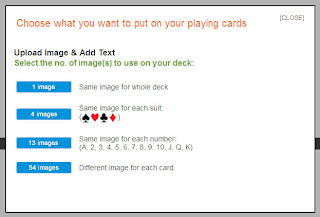 Next I had to upload the photos. I chose (really before I thought about it) to add text directly to my photos.  Originally I was just going to add photos.  Then I thought of all the orphan photos out there and decided I shouldn't make my ancestors future orphans so I put their names on all the photos.  There is actually no need to put the text on the photos because Printer's Studio gives you that option in the next step but I guess I'm a control freak when it comes to images so I added the text right onto my images using Adobe Photoshop. 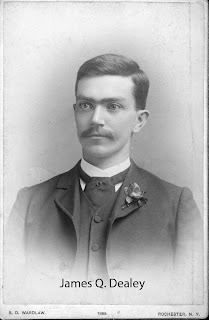 6. Place your photos in the order of your choice

I only used photos from 6 or 7 different people so I gave some consideration to placement.  I didn't want to have three photos of the same person one after the other. After uploading all I had to do was drag and drop to get them into the right position. 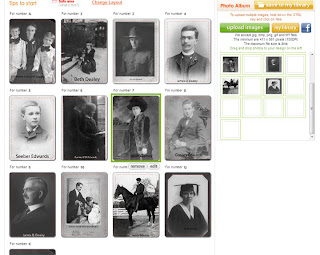 After you upload all your photos and press continue you'll be given the chance to add text. Because I had added the text directly to my photos I skipped this step.

Next Printer's Studio will show you what your photos will look like when they are on the cards.  This is where I discovered that each number would have the same photo.  A better system would be to randomize the photos on the numbers but I couldn't see that being offered. 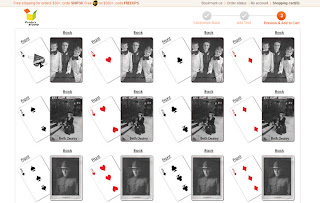 9) Check out and Pay

The cost was US $7.99 plus $5.99 for shipping.  I thought that was fairly reasonable.  I ordered one deck.  If I like the way they come out I will order more and give them to family members for Christmas.  There were two options for payment 1) credit card (Visa or Mastercard) or 2) Pay Pal where you could pay with Visa, Mastercard or American Express.

Project Time: This project took me a total of about 3 hours between scanning, adding text and uploading.  I admit I am a bit fussy with the photos so others might be able to do it quicker.

This was a fun family history project that involved no glitter.  I am really looking forward to getting the cards back to see how the turn out.  I'll give you an update when they arrive.
Flip Pal 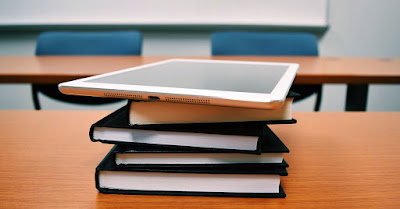